“Khau Pha House is now the most beautiful house in the village and we are very happy about that. Even though our family doesn’t live there, we are proud that everyone loves it, especially the children who have a place to read and play together.”

– Notes from the owners of Khau Pha House – 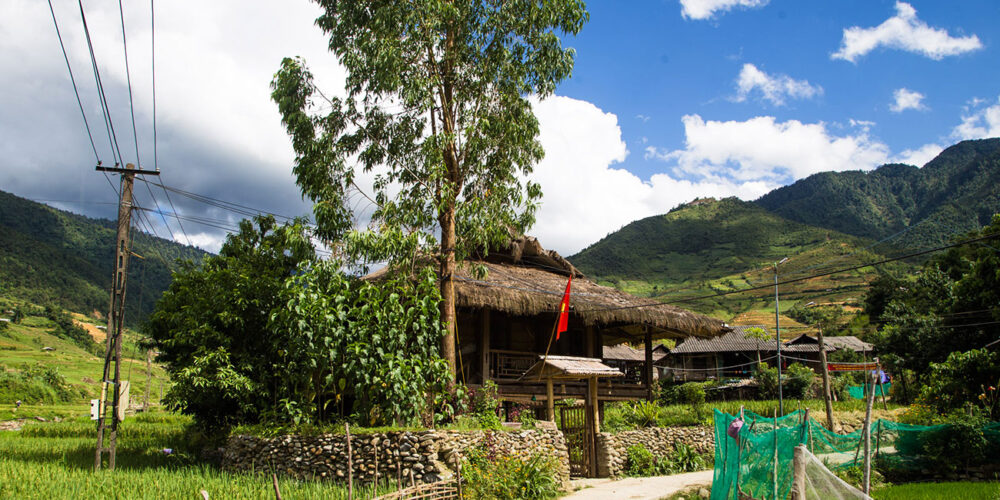 Khau Pha House by KPF is the 4th accommodation in Ít Thái village, opened in July 2020. This is the first private stilt house with a capacity of 4-6 guests. When staying at Khau Pha House, guests can enjoy a cozy space exclusively for their family or group of friends while immersing themselves in the green natural scenery and peaceful local life around the house.

After the KPF’s first three traditional homestays in the village went into operation and brought positive results, KPF tested a new accommodation model – a private stilt house with high-class amenities exclusively for groups of friends or small families. In addition, the space on the ground floor of Khau Pha House is also where KPF founded a community library so that the people in the village can freely come read books and interact with each other, especially local children.

The story of Khau Pha House by KPF

Khau Pha House was leased and renovated by KPF from an old stilt house of Vinh Giót’s family. During the reconstruction and design process, the KPF’s architect team combined both comfort and modern elements to create a small cozy house with more advanced amenities than the other homestays. The result is a small stilt house with surrounding cobblestone fence, cottage roof and wooden framed glass windows that stands out among the picturesque green rice fields in the village.

Vinh Giót family still operates Khau Pha House and serves meals to the guests when they come and stay there. Normally, the family lives with their parents in a house nearby or spends the time in the shack on the hill to look after their fields and farm.

By local people, Khau Pha House is often called “nhà Hau” because “hau” in the Thái language means “we”. Thus the original name of the “House” coincidentally brought a deeper meaning to the local community making Khau Pha House the place where people can come to play, read books and share together.

Before operating Khau Pha House, Vinh Giót’s family lived and depended on farming as everybody else. The family owns fields and farms in the upper part of the hill above the village which they have to take care of and look after every day. The first two children are grown up, one going to school, the other working far away. Only the youngest son named Doi still lives with his parents, having a difficult life with Vinh drinking often while the family was struggling to have just enough money to eat.

When KPF offered to rent the Vinh Giót’s family’s house, they were very excited and agreed right away. Partly because they wanted to have a new livelihood, partly because the house is rarely cared for so if it will be renovated into an accommodation facility, it would be more convenient in general. Since the day Vinh started repairing his house to serve tourists, Mr. Vinh was no longer drunk. Instead, he worked very hard in carpentry and joined hands with his wife to decorate the house according to the idea and guidance of KPF’s architects.

From an old wooden house, in 3 months it was repaired and redecorated with local materials such as wood, stone, rock and straw and became a beautiful little house on stilts. Both Vinh and Giót being very skillful, they tiled each pebble and planned each plank by themselves making the Khau Pha House how it looks  like today.

In July 2019, Khau Pha House opened and welcomed the first group of guests. At first, Vinh and Giót were quite confused as they didn’t know how to welcome guests, how to cook or how to take care of them when not living in the same house. However, after the first few guests being welcomed, the couple also got used to this work and every time they had new guests, they would arrange their regular farming work to be more dedicated to spending time with them.

From a farming family which works year-round and cannot afford to feed their three children enough, Vinh Giót’s family has ultimately become more confident and keeps actively learning how to do tourism to earn extra income. Thanks to that, the family is more peaceful and united. 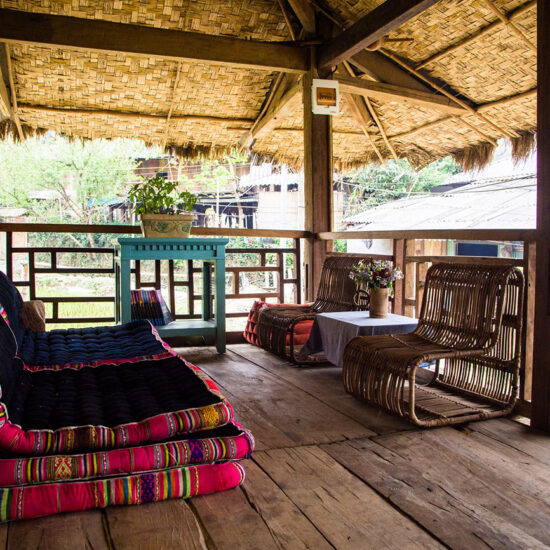 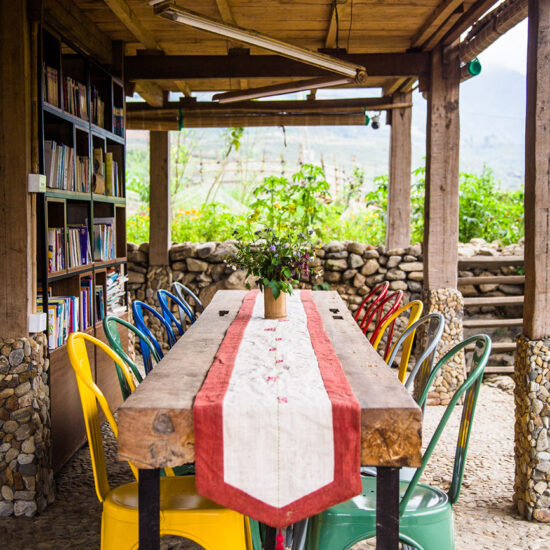 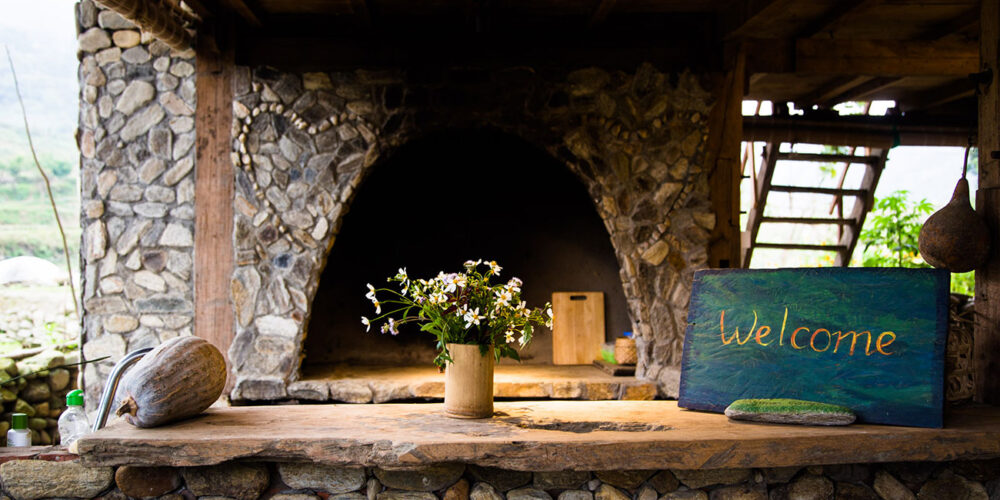 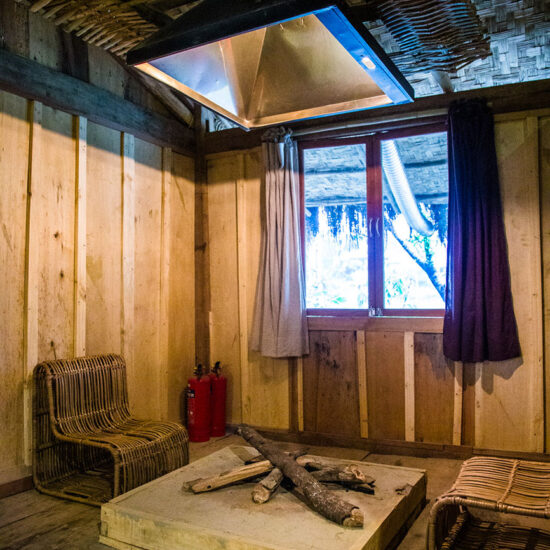 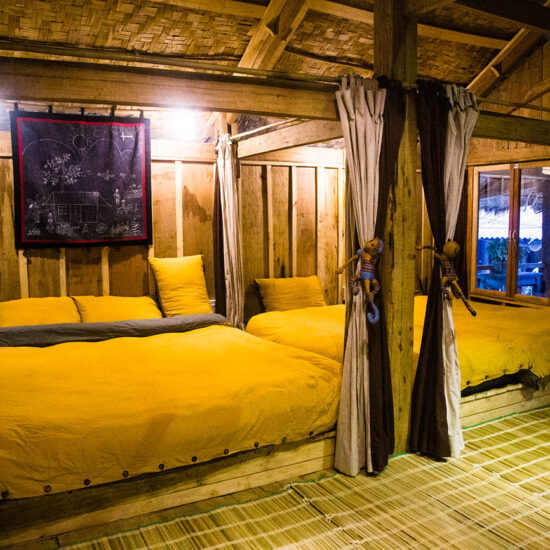 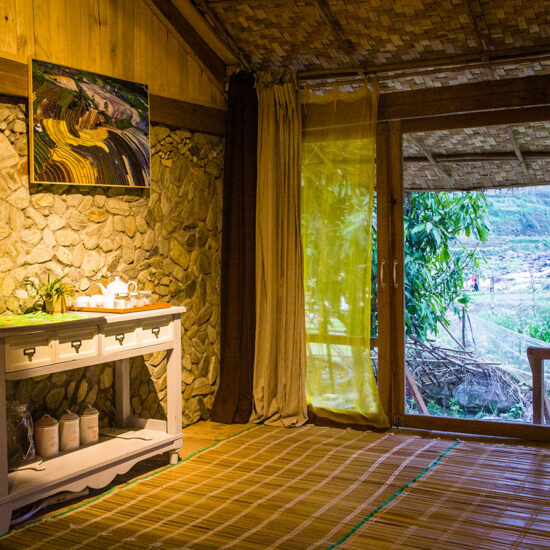 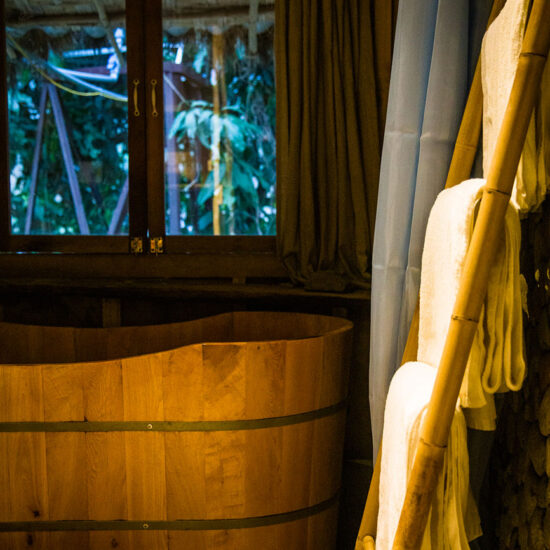 À la carte: The price depends on the food demands. Guests can use a shared kitchen to cook their own meals.